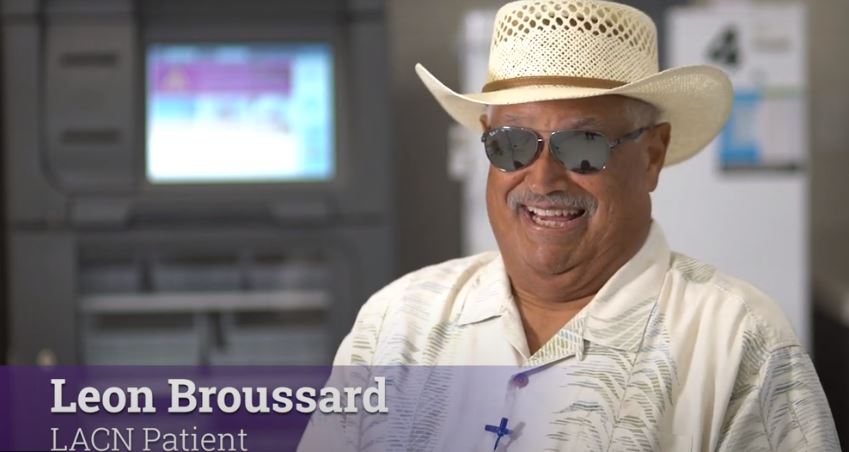 Leon has an inspiring message for all to hear.

Hi, my name is Leon. I'm a big guy, former college football player. My nickname from college was big time, always used to being the big guy in the room. The older we get, the less we think about reaching that age where we're no longer the strong, healthy athlete that you spent a lifetime being. My resting heart rate was 152 beats a minute, and my wife deemed that it was now time to go into the hospital, or I would soon be hit over the head and given a reason to go to the hospital by her. A scan later that day, discovered nodules in my abdomen area, and a very large prostate. Dr. Seneviratne immediately ordered a biopsy to be done. Biopsy proved that I was stage four prostate cancer. I don't think there's a scarier word in the English language than the word "cancer". I got those words from Dr. Seneviratne, with probably the most positive outlook in the most positive mannerism that you could get as he delivered me the news. Because as he said, the words, "cancer," he immediately turned around and said, "We can beat this and I'm gonna lay out the plan for you and let you know just exactly how we're going to do it." Well, he heard about my background and being a high school football coach for 25 years and knew that I was about hard work, discipline, you know, doing the things that needed to be done. From that point forward, I was really no longer in fear of cancer. I was in the best place that anybody could be. At the LA Cancer Network, every single individual was known by every member of the staff. Everybody there treats you like family. And I think that is so incredibly important. It's one thing to be cared for, It's another thing to be cared about. And at LA Cancer Network they care about you. They don't just care for you.